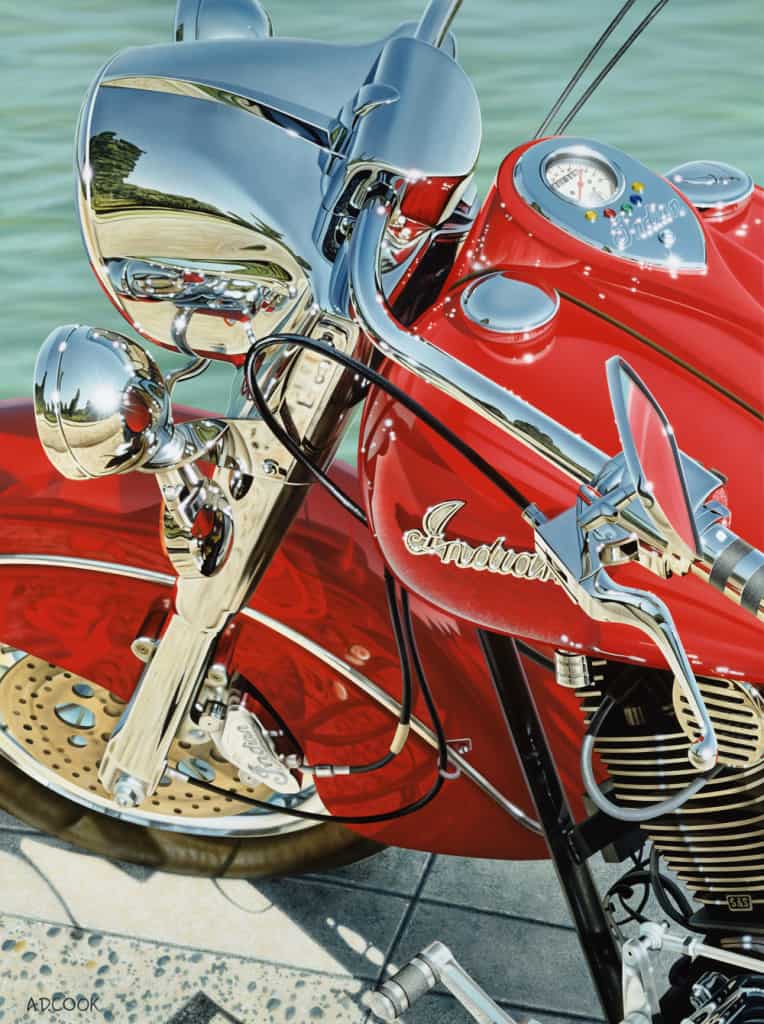 It started in October on a beautiful Indian summer day. In Oregon, that kind of day is rare, especially for autumn. So, I called my buddies at Indian Motorcycle of Portland and asked them if they had a bike I could borrow for the afternoon. They were kind enough to offer me anything on the floor, and a hot red Indian Chief caught my eye. I had been wanting to take one of those out for a spin for quite a while, and the day and the opportunity where perfect. After loading the camera and equipment in the saddlebags, the Chief and I made our way to a cool Portland park with a pristine lake. So after shooting a couple of good rolls of film, I had reference material for Indian Summer – the fifth painting from my motorcycle series. 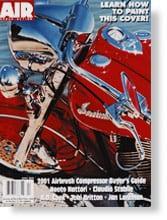 INDIAN SUMMER is undoubtedly the most recognized painting from my motorcycle series, having appeared on the cover of Airbrush Action magazine, April 2001, for my article “A Study in Chrome and Reflected Surfaces”.

Currently on tour with the LUSTER: Realism and Hyperrealism in Contemporary Automobile and Motorcycle Painting Exhibition 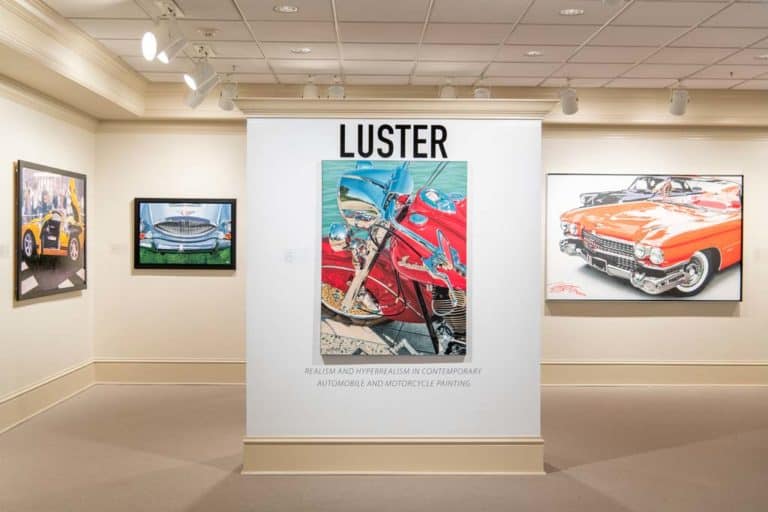