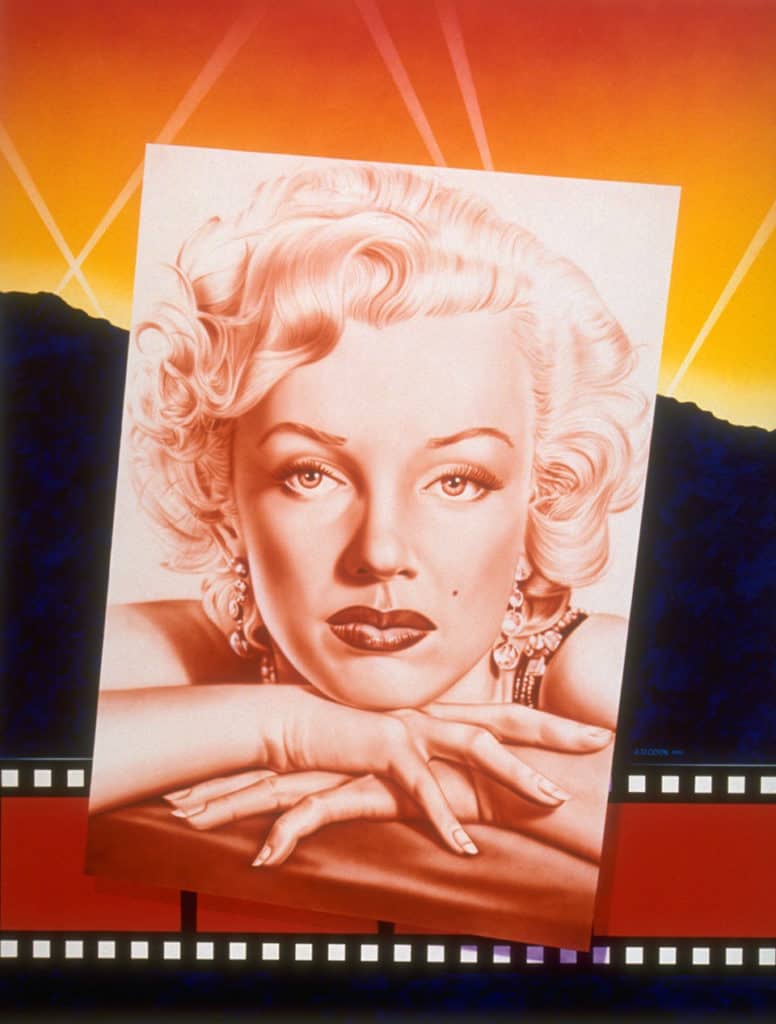 Marilyn ~ Postcards from the Past

Marilyn Monroe — (Postcards From the Past) Painted in acrylic on canvas and originally installed at the Beaverton, Oregon, Hollywood Video location. This original artwork was then reproduced as photo murals, which was installed in many of the stores nationwide. Awarded first place for excellence in the 1993 Airbrush Action national mural competition. This mural was created as the right half of a diptych – Starring Steve Martin was created as the left half. Designed for individual display as a set. 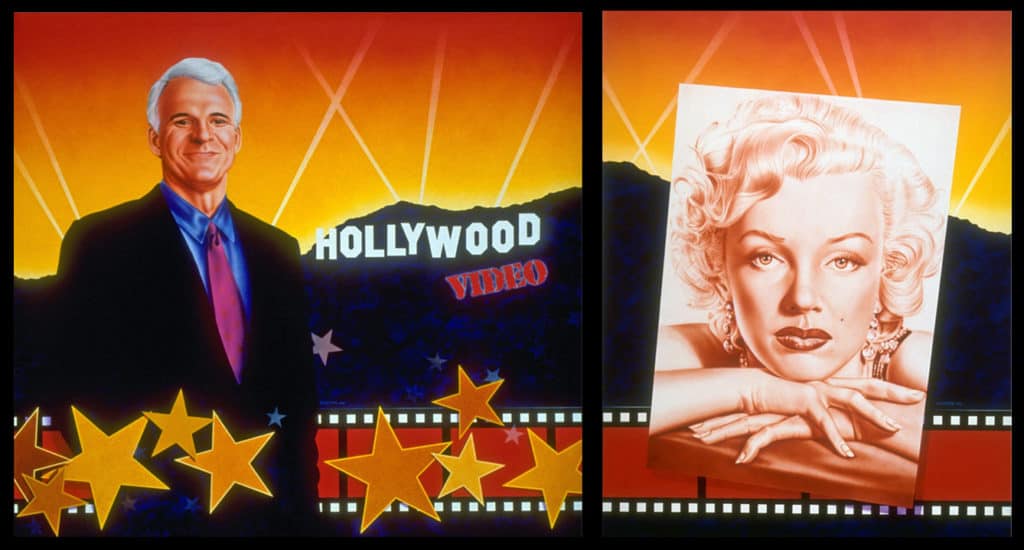