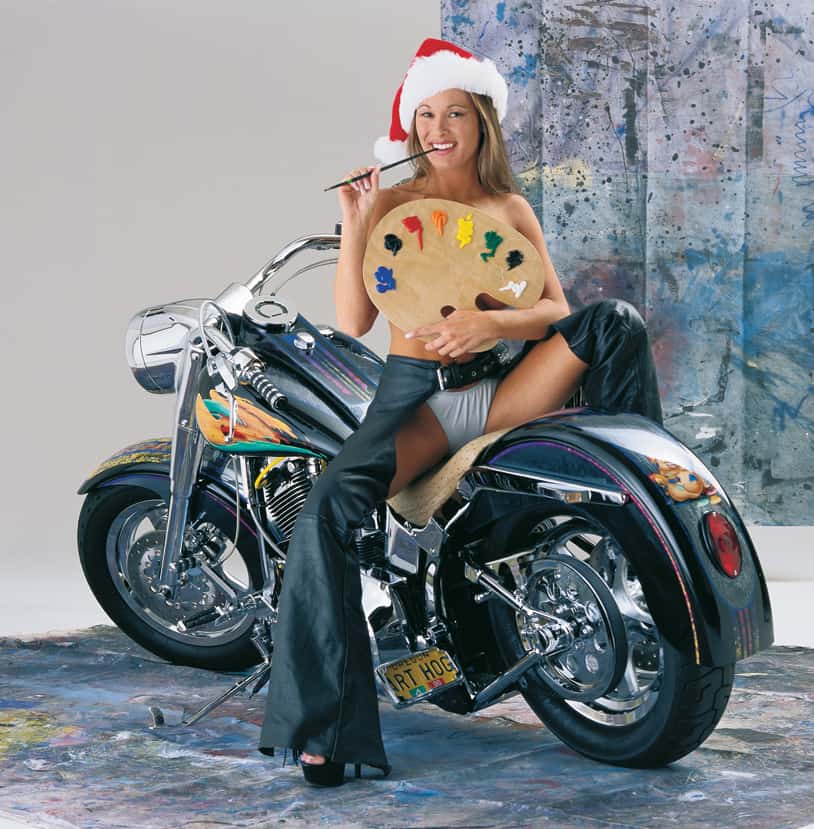 A Tribute To Art

Starting with a bone-stock 1996 Harley-Davidson Heritage Softail and a mile-long parts list, the ART HOG custom motorcycle was born.

The transformation was a personal passion project. I created this custom motorcycle for no one but me (although I did sell it years later). The process of creating something as awesome as rolling art was a transformational project for me as well. I learned a lot and enjoyed countless creative hours with friends who helped make this project a success.

My good buddy, John, help me a lot with the wrench turning and bike lowering garage-driven mechanics. John had a crazy-cool and ultra-loud Softail of his own and had been through the process of building a bike already. Plus, he had a beautiful shop, which had both a motorcycle lift, a fridge with a beer tap, and a backup fridge for bottles.

Within a couple of beers, the bar was raised and the bike was lowered (down to 4″). My eyes loved it – my back hated it!

I did all the sheet metal bodywork, priming, painting, and airbrush, along with some other fun features like gold leaf Friend and legendary illustrator Eddie Young created the Art Hog pig cartoon, which I painted on the rear fender. Everything else was my doing from the front fender to the fuel tanks with art palettes with flames of paint, to the pig cartoon. The sheet metal featured stretched tanks from Milwaukie Iron, new fenders (front and back), and a tank center dash.

Sadly, the ART HOG motorcycle, while parked, was bumped into by a car that continued to back over it causing serious damage to the tank and front fender. As a result, I was commissioned to give the motorcycle a new life, which I called “Pollock‘s Revenge,” but that’s a different story 🙂