Last Thursday, September 8th, we participated in a special screening of Peter Starr’s 1980 classic “TAKE IT TO THE LIMIT, the Motorcycle Odyssey”, digitally remastered.

As for me, I always enjoy an evening that includes American motorcycles, art, and a movie.

Five of my favorite motorcycle paintings were displayed: one original and four A.D. Cook canvas art prints from our new full-size collection. My art feels right at home among all that glistening chrome on the showroom floor. 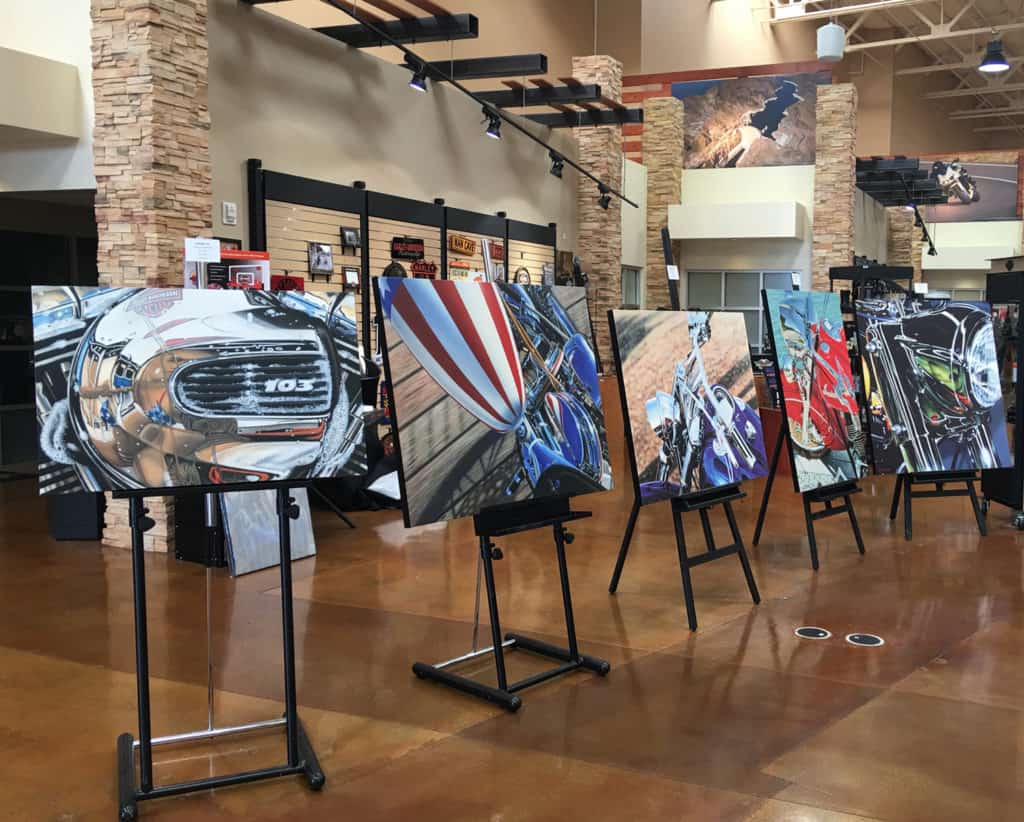 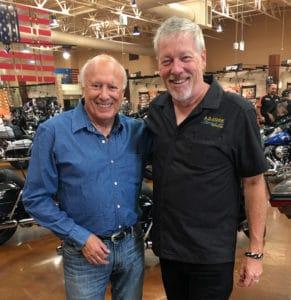 It was truly an honor to meet the legendary director Mr. Starr. He presented his movie to Harley-Davidson loyalists, following up with a talk about the issues and concerns of prostate cancer.

As the history of; television, radio, Rock and Roll, racing, automobiles, and motorcycles, marched through the sixties and seventies to present day, Peter Starr has been in lockstep with and responsible for some of the most important developments in them all.

From racing motorcycles and working for the legendary Triumph marquee; as a host and producer and innovator of radio programs (featuring the likes of Paul McCartney, Pete Townsend, Eric Clapton and Jimmy Page to name a few founders of modern Rock and Roll); to his recent award-winning films, television commercials and groundbreaking specialized camera equipment. Peter Starr has been involved and continues to be at the forefront of the most exciting era in film, television, and motorsports.

His most famous feature film “Take it to the Limit” has received Gold and Silver Awards at the Chicago and Houston International Film Festivals. In addition, his films have won an additional 12 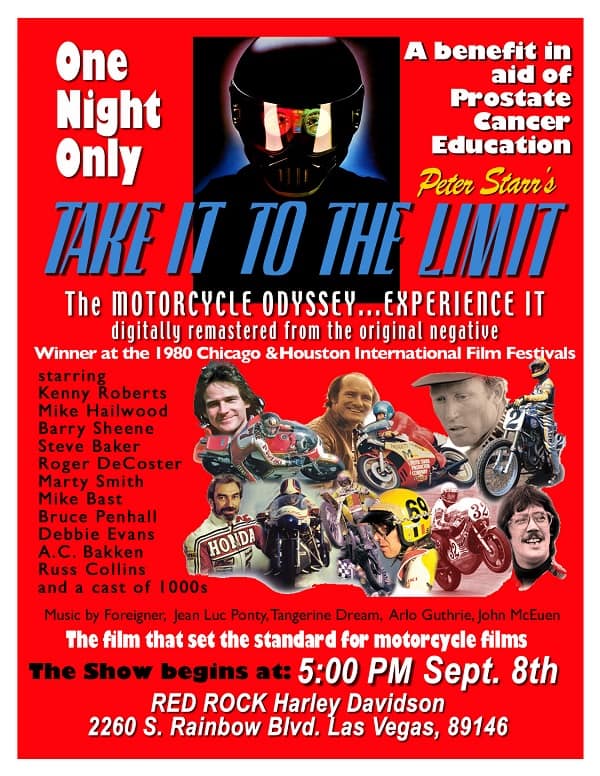 Visit him online at StarrFilm.com for more.

Learn more about surviving prostate cancer without surgery, drugs or radiation at SurvivingProstateCancer.org

Mr. Starr’s TAKE IT TO THE LIMIT (movie) and TAKING IT TO THE LIMIT (book) feature bikes that are showcased in Red Rock Harley-Davidson’s “Motorcycle Museum”. Definitely worth checking out when you are in the area.

Enjoy the trailer above and catch the movie sometime. 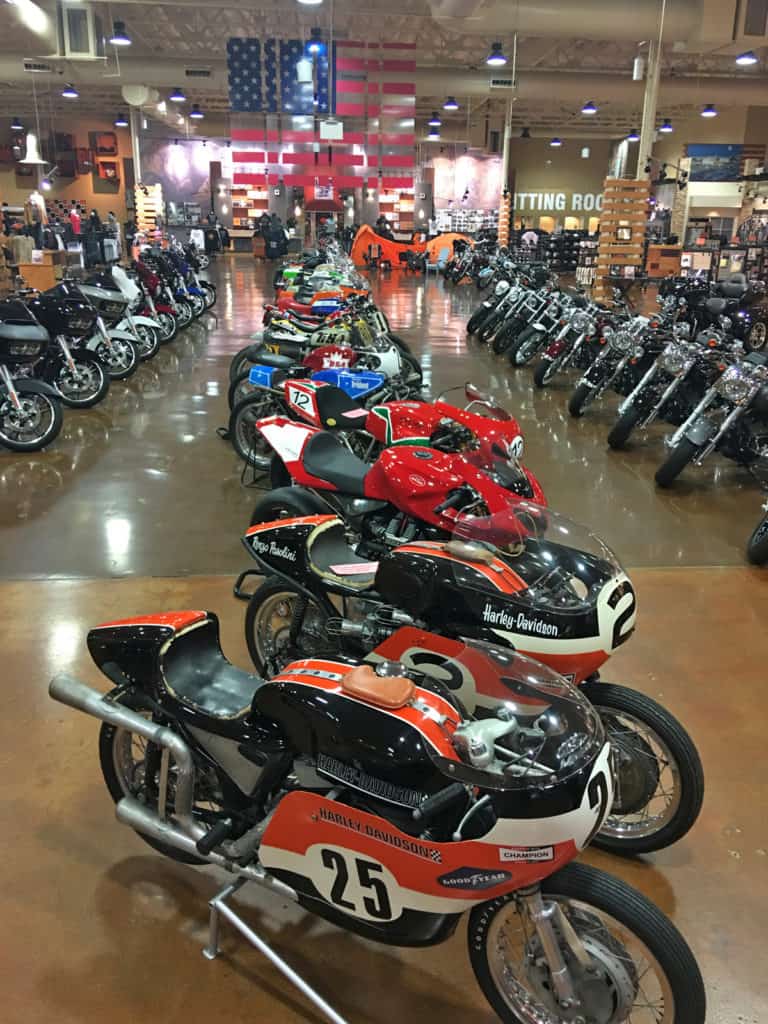 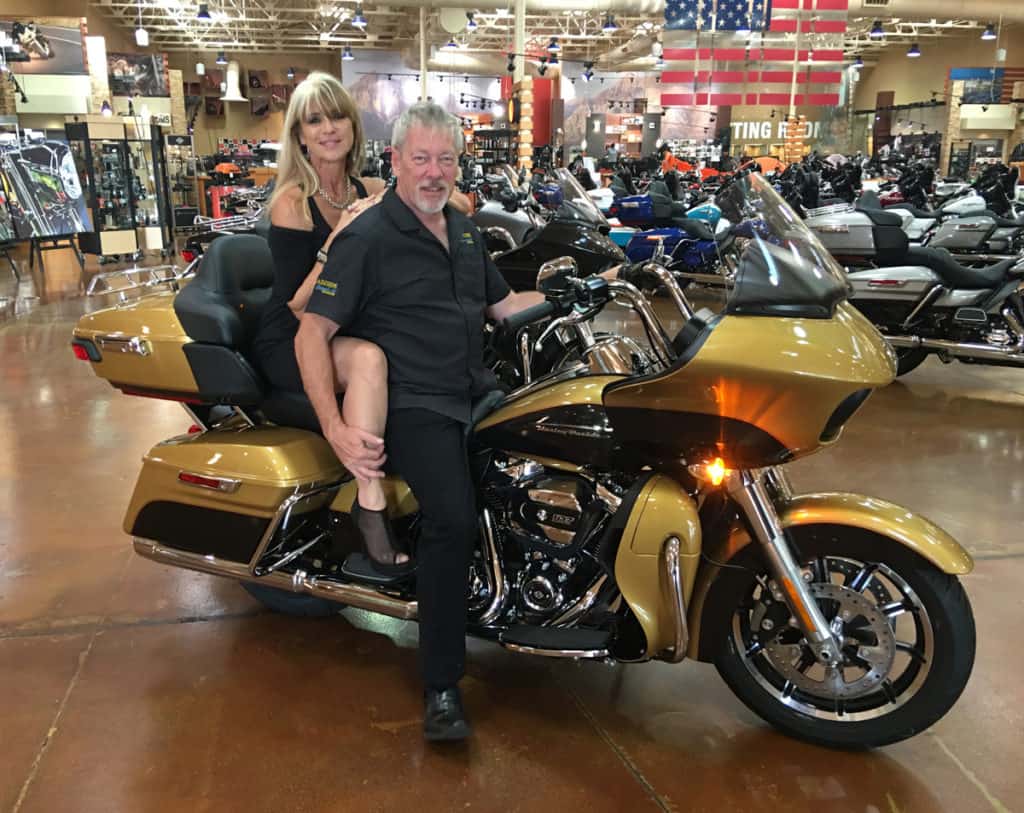 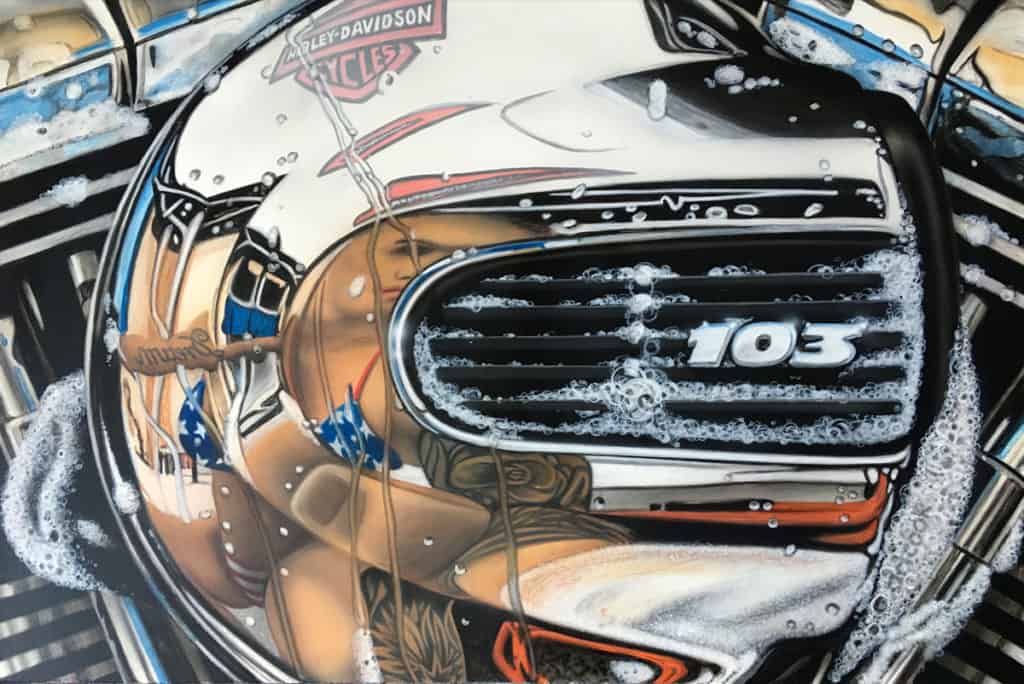 I shared my latest painting, DREAM 103, along with a collection of my motorcycle art. DREAM 103 actually originated at Red Rock Harley-Davidson, where I photographed my model, Ashley, during one of their July bike washes. I then went on to create my painting, which was recently featured at the SKIN & BONES MOTORCYCLE AND ART EXHIBIT at the Legendary Sturgis Buffalo Chip.