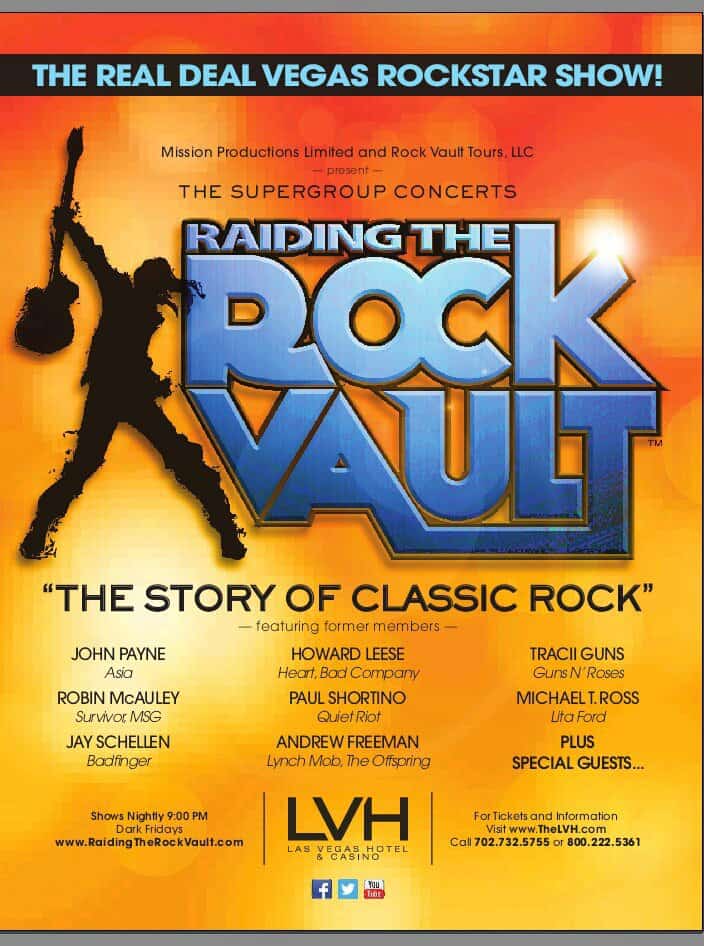 Raiding the Rock Vault is Las Vegas’ #1 show. No Broadway show or tribute band here. These are the finest rock musicians with the best pedigrees playing the ultimate classic rock songs!

Raiding the Rock Vault, voted Best of Las Vegas 2014 by the Las Vegas Review-Journal Poll, is a no-holds-barred rock spectacular, featuring riffs, solos and harmonies from world-renowned rock musicians of the 60s, 70s, and 80s: in short, the Rock Vault presents CLASSIC ROCK BY THOSE WHO ROCKED IT! 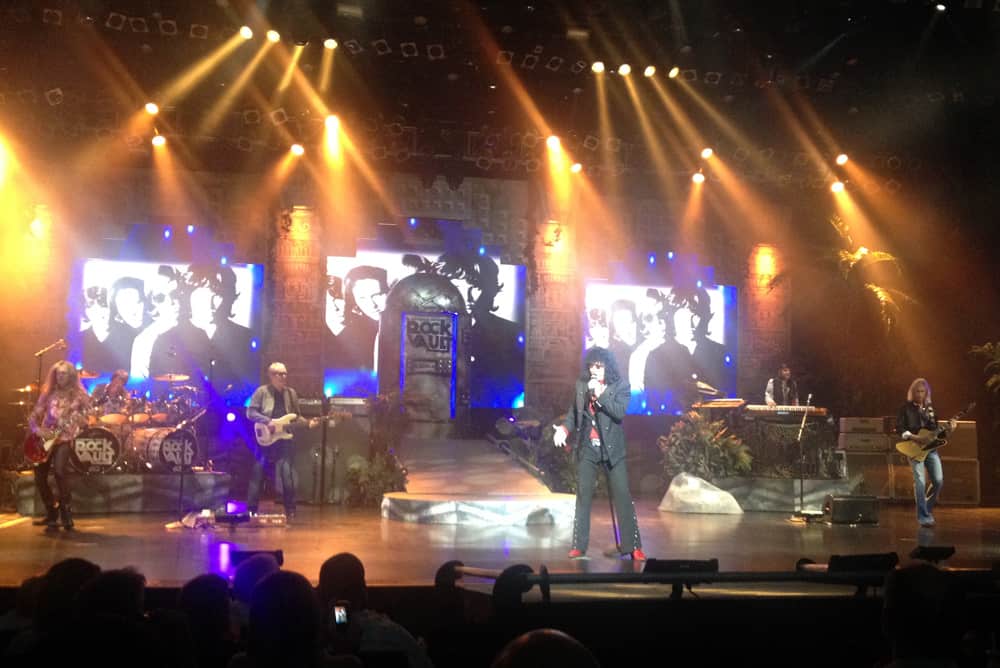 Raiding the Rock Vault is The Story of Classic Rock, performed by members of some of the greatest rock bands in history. 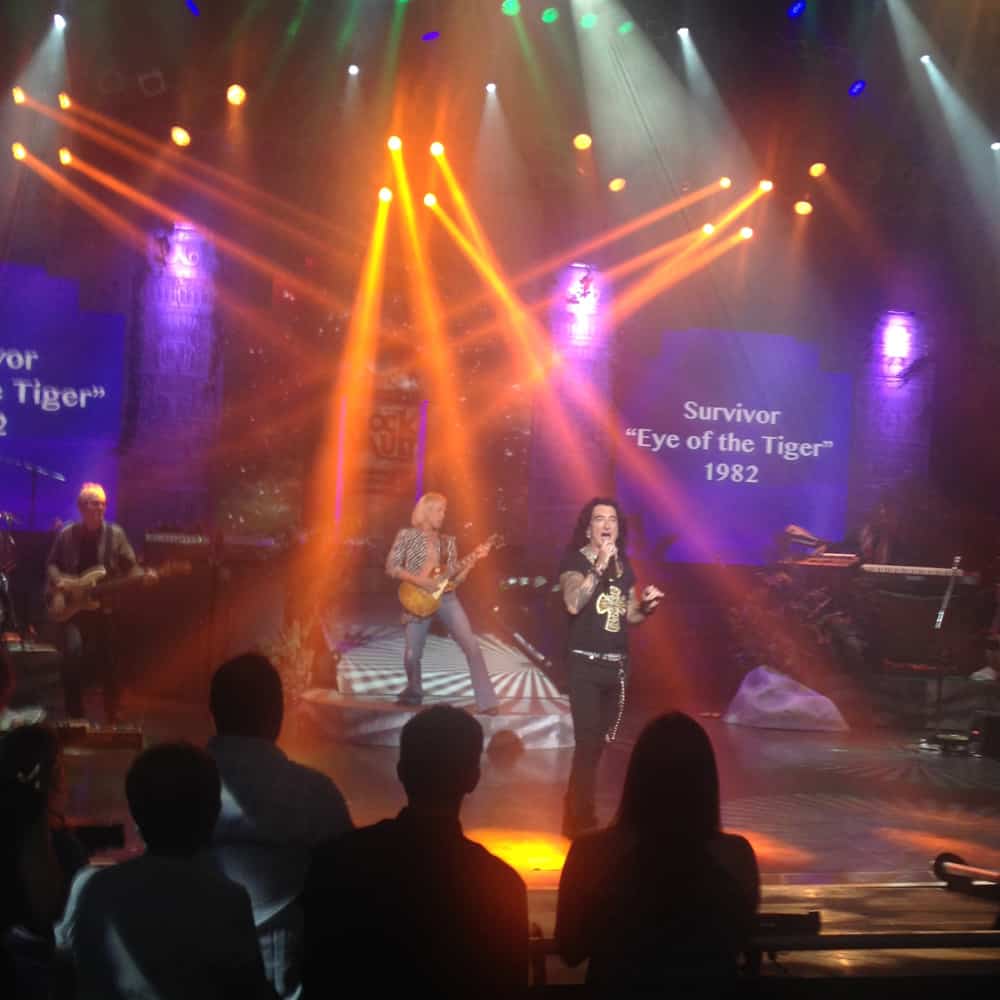 Robin McAuley treated us with a live performance of “Eye of the Tiger” – one of my favorite songs of the day.

This two-hour classic rock concert experience transports the audience from the 1960s to the 1980s with classic anthems from The Rolling Stones, The Who, The Doors, Led Zeppelin, Jimi Hendrix, The Eagles, Queen, AC/DC, Deep Purple, Van Halen, Journey, Free, Aerosmith and more. 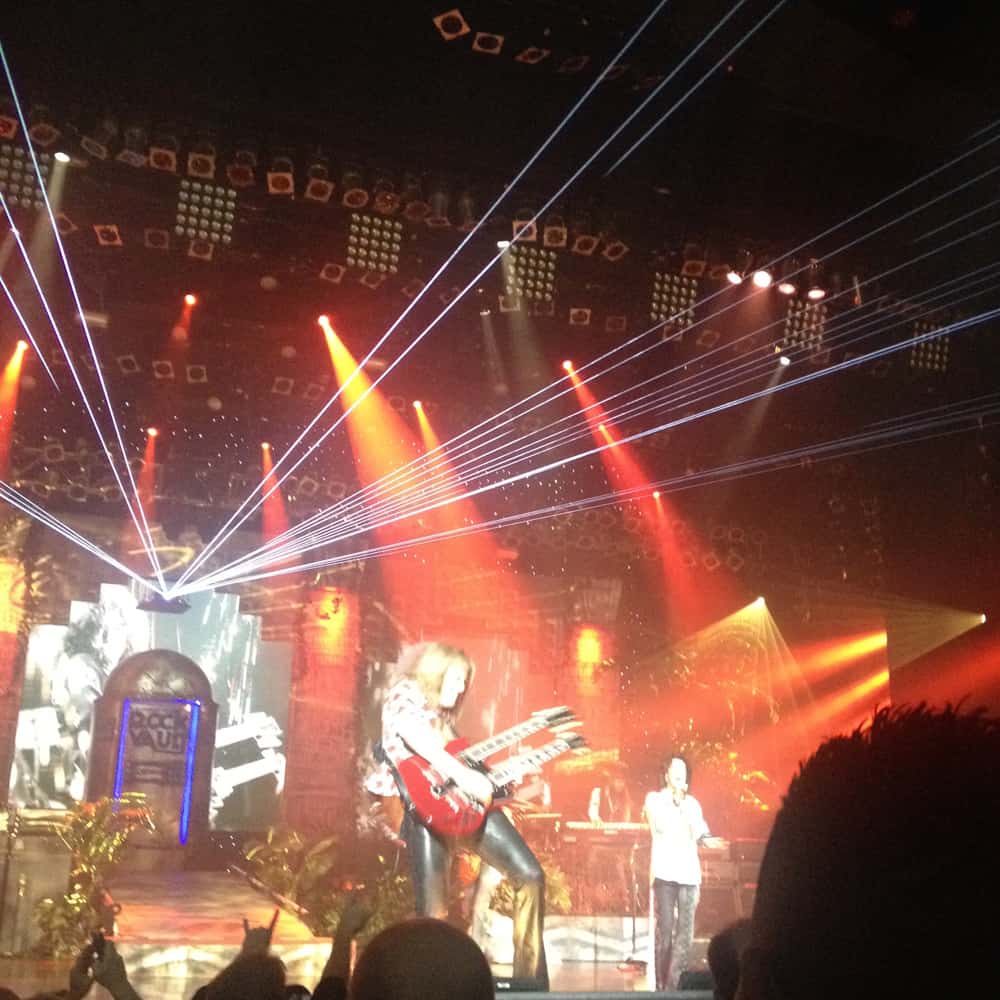 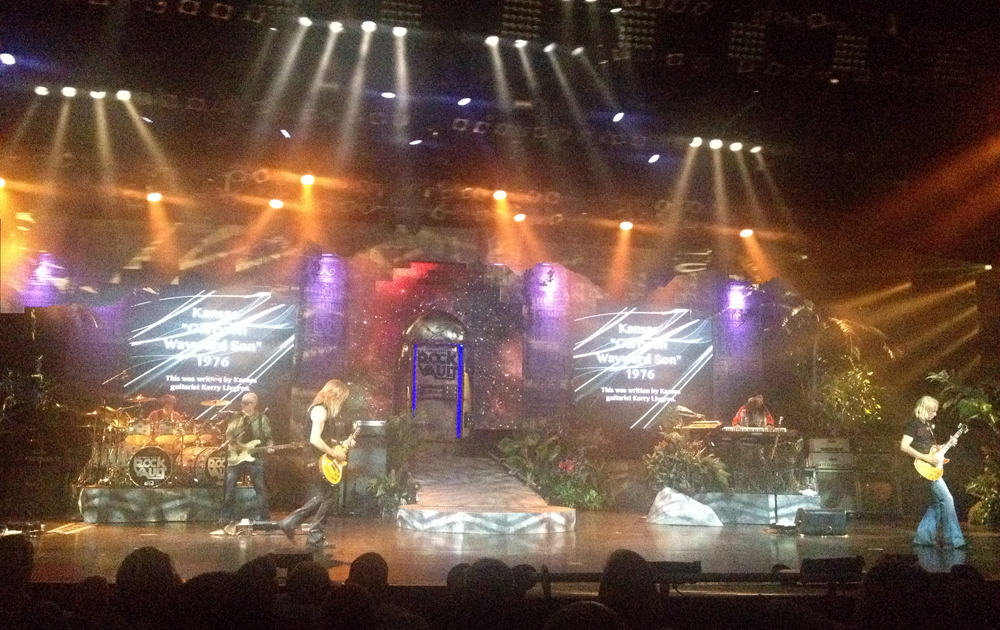 What A Blast From The Past! Awesome performers and I even met Doug Aldrich! It was a show I will never forget! A MUST EXPERIENCE… The next time any of you are in Las Vegas, I highly recommend The RAID THE ROCK VALUT Show at the LVH! 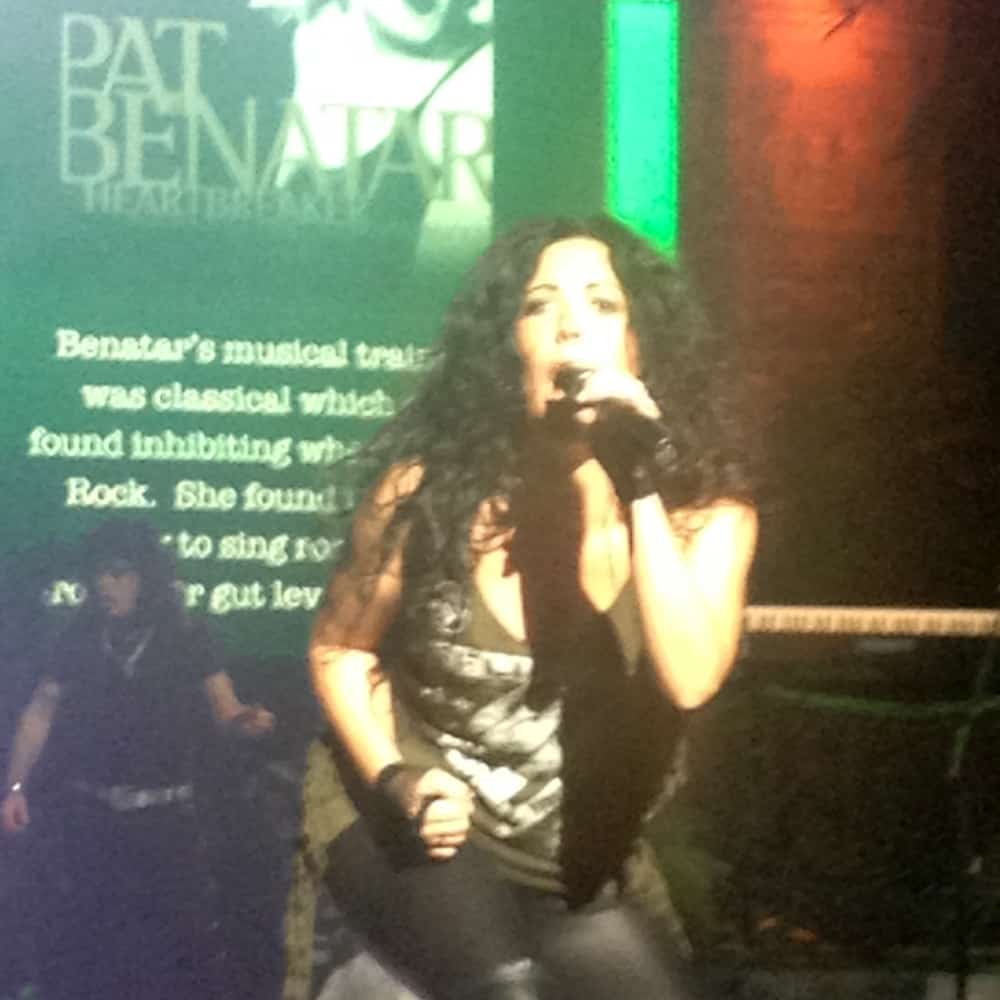 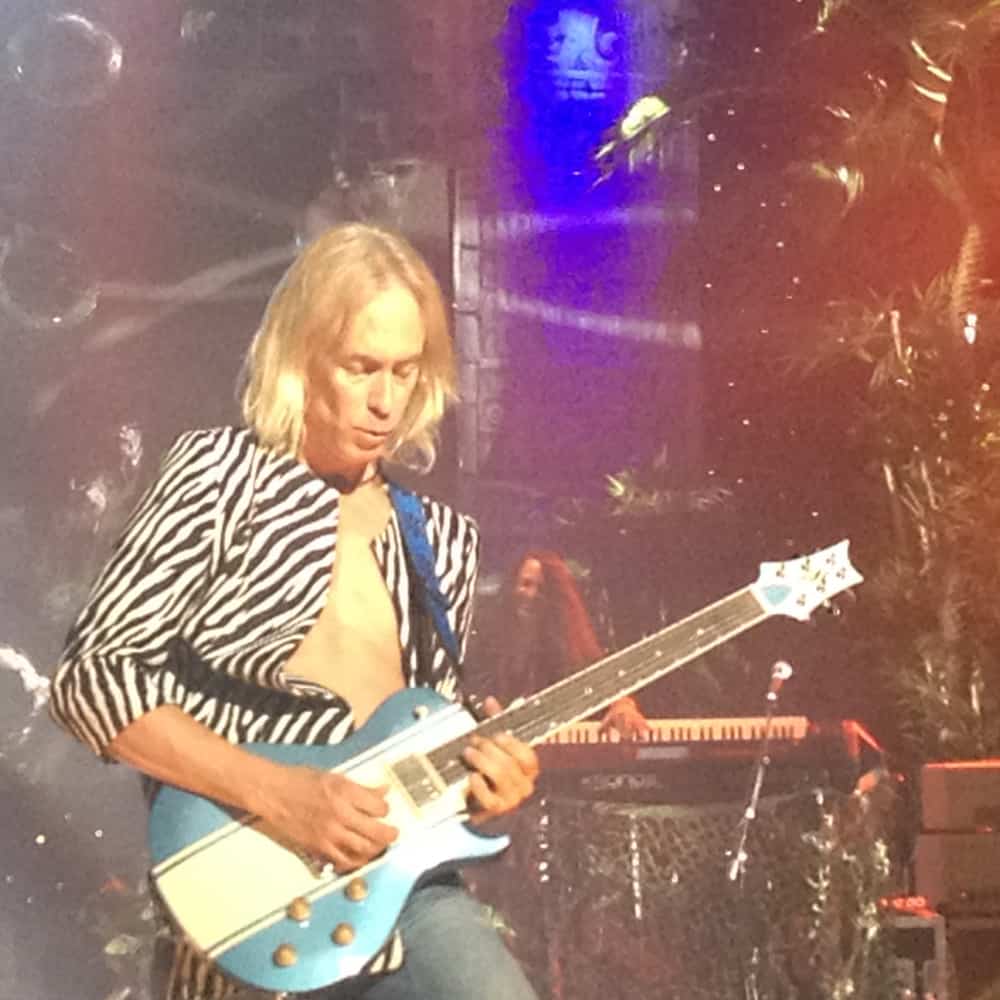 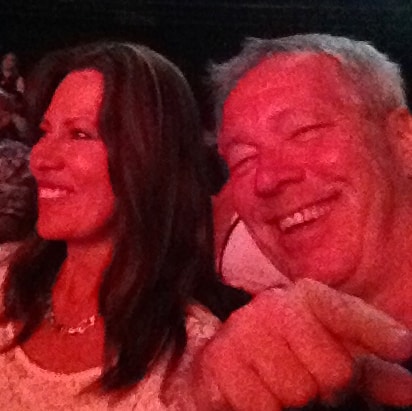 I couldn’t resist a shameless selfie with the beautiful Jeannie. 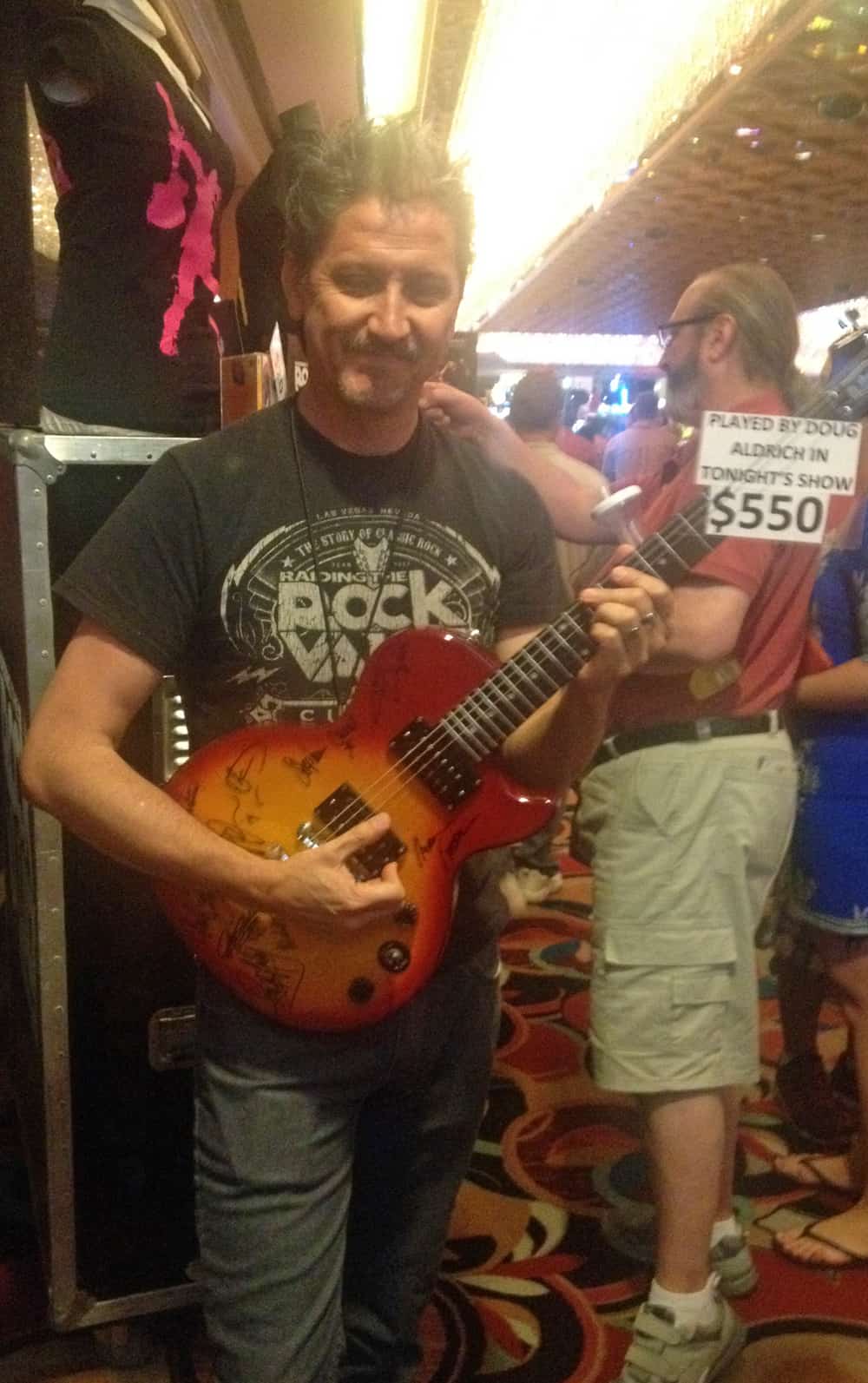 After the show, Iggy prepares to offer tonight’s instruments to a crowd of waiting collectors.
This guitar was played tonight by Doug Aldrich (Whitesnake).

Performing nightly at the LVH Theater.

I really enjoyed this show. It brought back a lot of great memories of the songs I’ve known for a lifetime. From the first stroke of an electric guitar for Who’s “My Generation” to the last song… they rocked.  I’ve wanted to see this show for a while now and I’m glad I finally did. Now I’m hooked and already looking forward to the next show. Until then… (and soon I hope). Cheers.