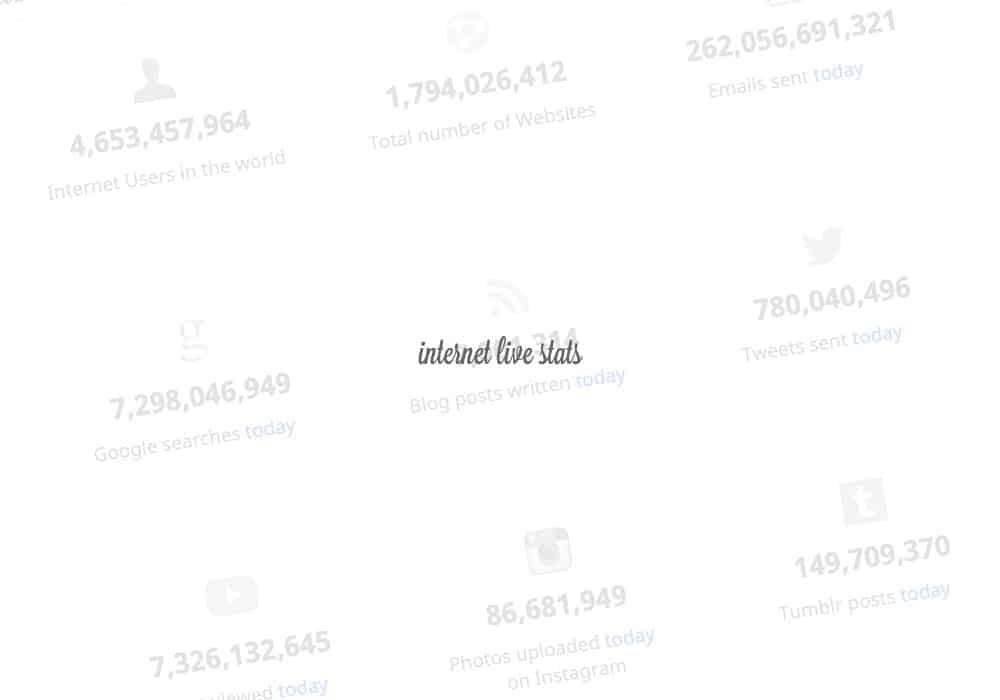 Have you ever wondered how many Internet users there are in the world?

Or the total number of websites in the world, emails sent today, daily Google searches?‍

If you’re curious how many computers, smart pads, and cell phones have sold today, there is a place online where you can find out all that and more.

I discovered Internet Live Stats a few years ago and have been a regular visitor to their site ever since. Their up-to-the-moment stats provide me with valuable insights as to what is happening in the online world.

As you visit their site, the numbers are essentially rolling and progressing throughout the day, so you are seeing results in real-time, as opposed to static reports.

Some of the stats they track and share are:

• Internet Users in the World (over 4.65 Billion) Around 40% of the world population has an internet connection today (view all on a page )

• Total Number of Websites (over 1.79 Billion) There are over 1.5 billion websites on the world wide web today. Of these, less than 200 million are active. The milestone of 1 billion websites was first reached in September of 2014, as confirmed by NetCraft in its October 2014 Web Server Survey and first estimated and announced by Internet Live Stats (see the tweet from the inventor of the World Wide Web, Tim Berners-Lee).

I trust their numbers partly because of their sources:

Current internet user population estimates are delivered by Worldometers’ RTS algorithm, which processes data elaborated through statistical analysis after being collected from the following sources:

There you have it. Check Internet Live Stats out at www.InternetLiveStats.com. Make your clicks count because the Internet is counting on you (and counting you).