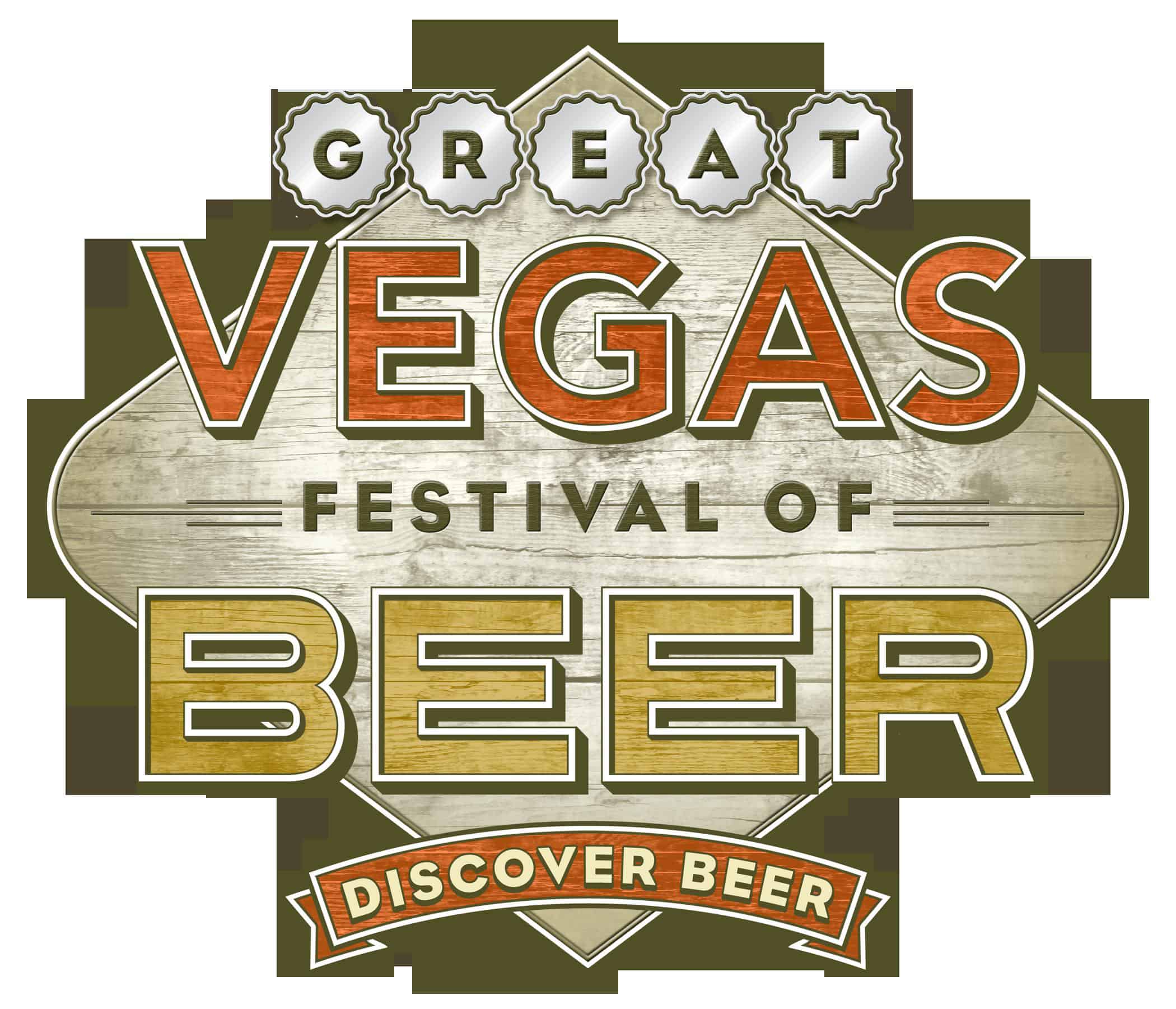 This event was big in all the right ways… 250+ beers to choose from, 80+ breweries represented, great food and live music. And did I mention beer? 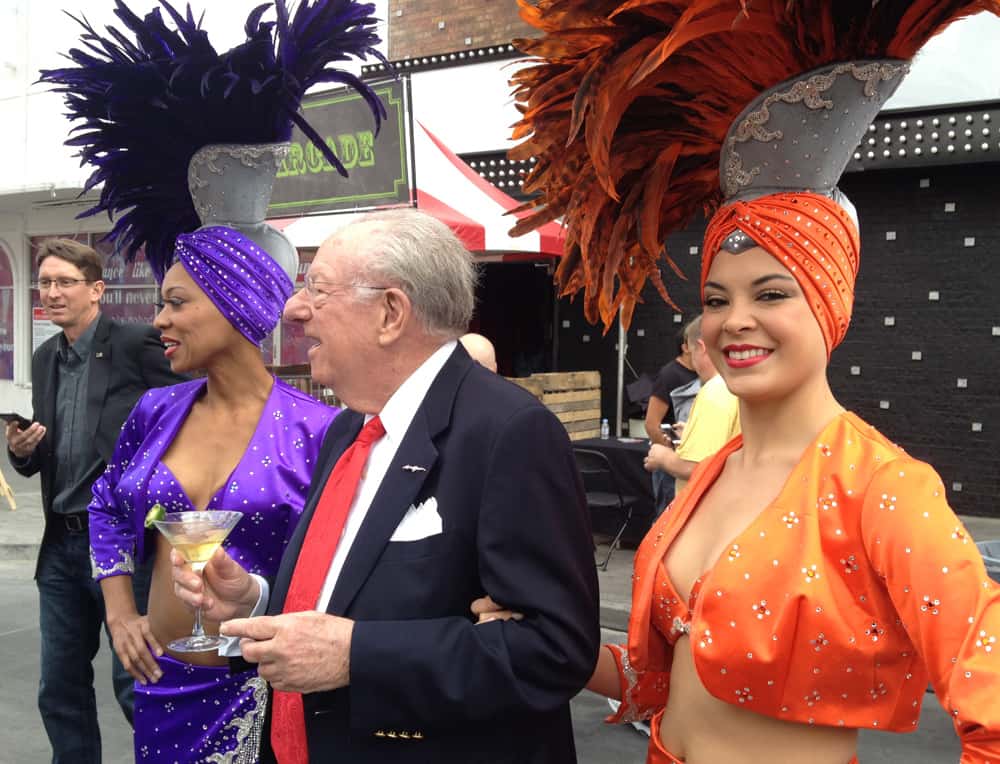 You know it’s a big Vegas-style party when ex-Mayer Oscar Goodman is mixin’ it up. Always arriving in style, he strolled the event with his entourage of Vegas showgirls. 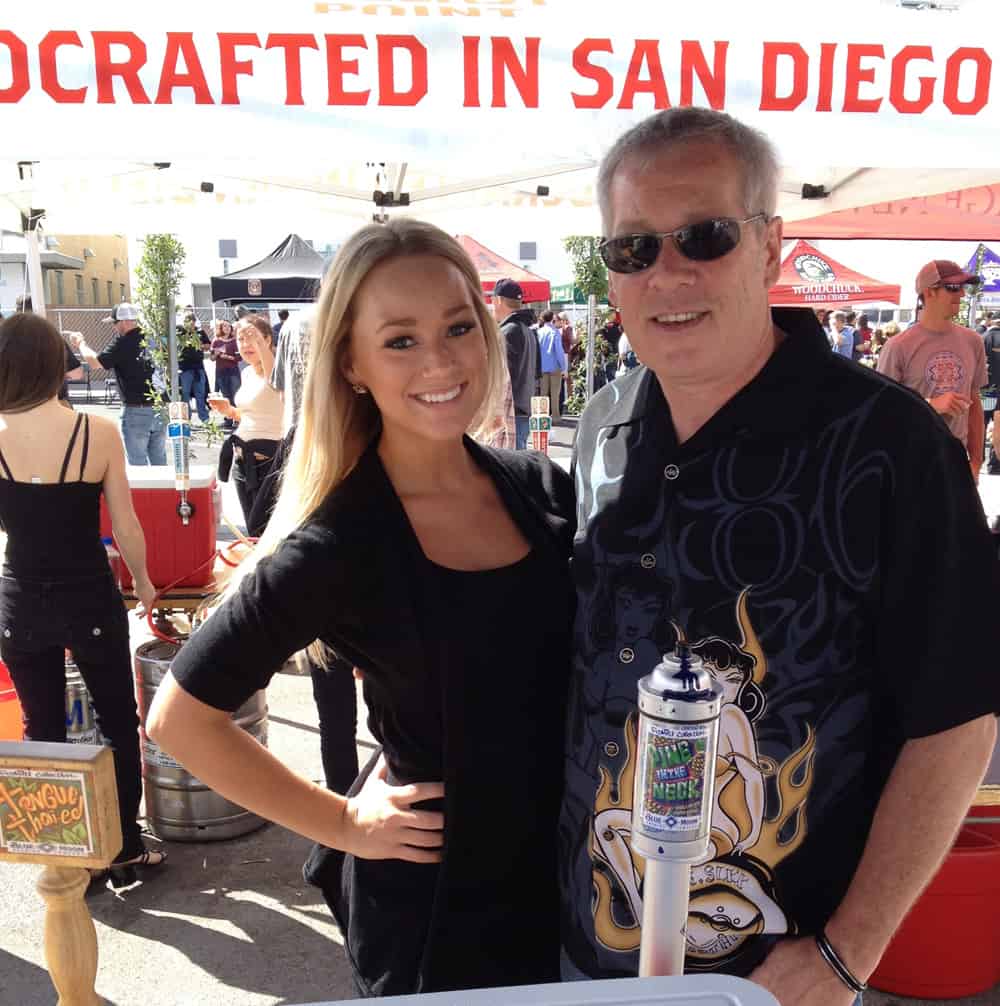 I enjoyed sampling the great beer variety. I have to admit though, when I saw the Blue Moon taps I was drawn to them like a bear to honey. It turned out that beer hostess Jan ( @aarynnjans ) had a couple great beers for sampling. I liked the Blue Moon “Tongue Tied” so much that I had to return for seconds. The “Pine in the Neck” was interesting with its pine/citrus combination.

Of course, there are tons of beers to sample. With over 250 to choose from there was no way that I would even come close to trying them all. Which is okay. I’ve drank plenty over teh years and have a pretty good idea of what I like. Still, I really like sampling the obscure beers. With beers named Upheaval, Bitch Creek, Ghostrider and Mama’s Little Yella Pills, there’s something for everyone. lots of something for everyone.

That’s the thing with these beer sampling events. That cute little cup they give you is kinda small, so once you’re in line and get your beer (sampler), you pretty much wanna start thinking about jumping in another line so that you can sample the next one and always have a beer in hand. And if everything goes right, somewhere between 3:00 and 8:00 you’ve sampled a lot of beer. Really good beer.

And really fun people. The one thing about all the line hopping is meeting a lot of interesting people, who are also beer fans. Some are very avid beer fans – aficionados. So, I learned a bit about beer. I’ll write the day off as educational and consider myself enlightened.

What I learned most though was that I really like beer — especially anything wheat or Hefeweizen in nature. I’m a fan of its clean, rich flavor.

I did trip across a few beers though that were so good that I couldn’t resist returning for not only seconds, but thirds (okay, maybe a forth time once, but remember, it was a small cup). I found myself really enjoying a chocolate beer that was like desert and a awesome Twisted Pretzel Beer that I’m that hoping to enjoy again sometime. I may have to hunt it down the first chance I get For me, it’s the perfect summer beer. 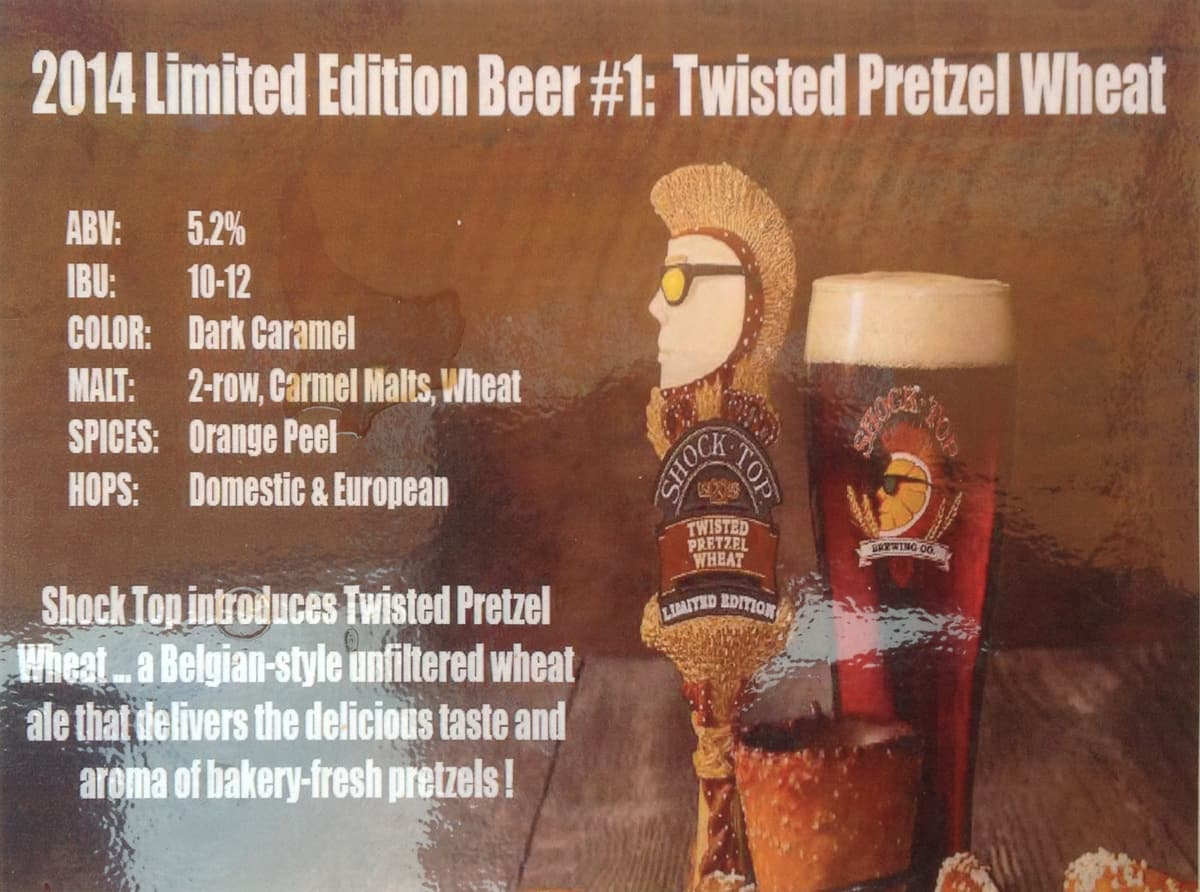 Pretzel beer – it just seemed like a good idea. Thanks Shock Top.

And then there’s the music. It seems there is always a lot of great live music in downtown Vegas. Of course, Las Vegas is a town of entertainers so you would expect great local acts. Certainly Saturday’s venue offered a nice variety of bands throughout the day to make beer sampling all that much better. 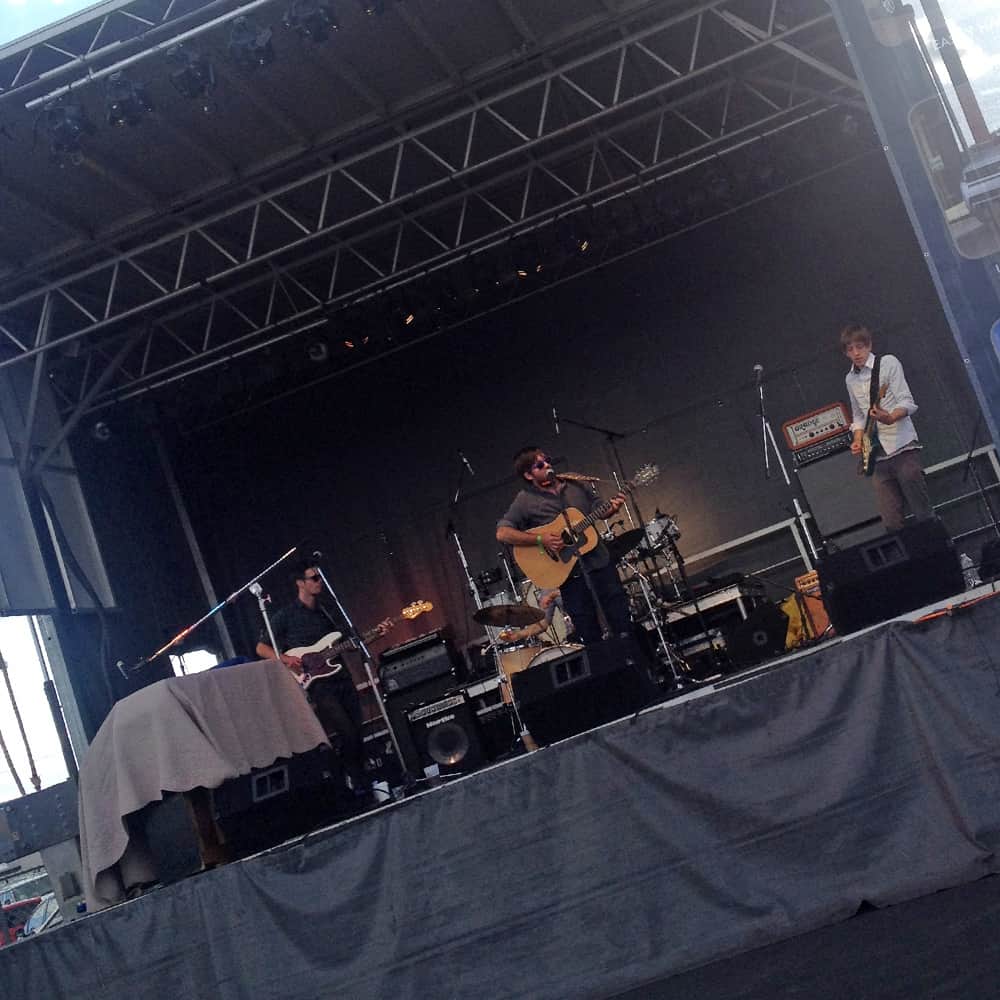 Two great jam bands were on hand to fill the air — Rusty Maples from Las Vegas and the Crash Kings from Los Angeles. 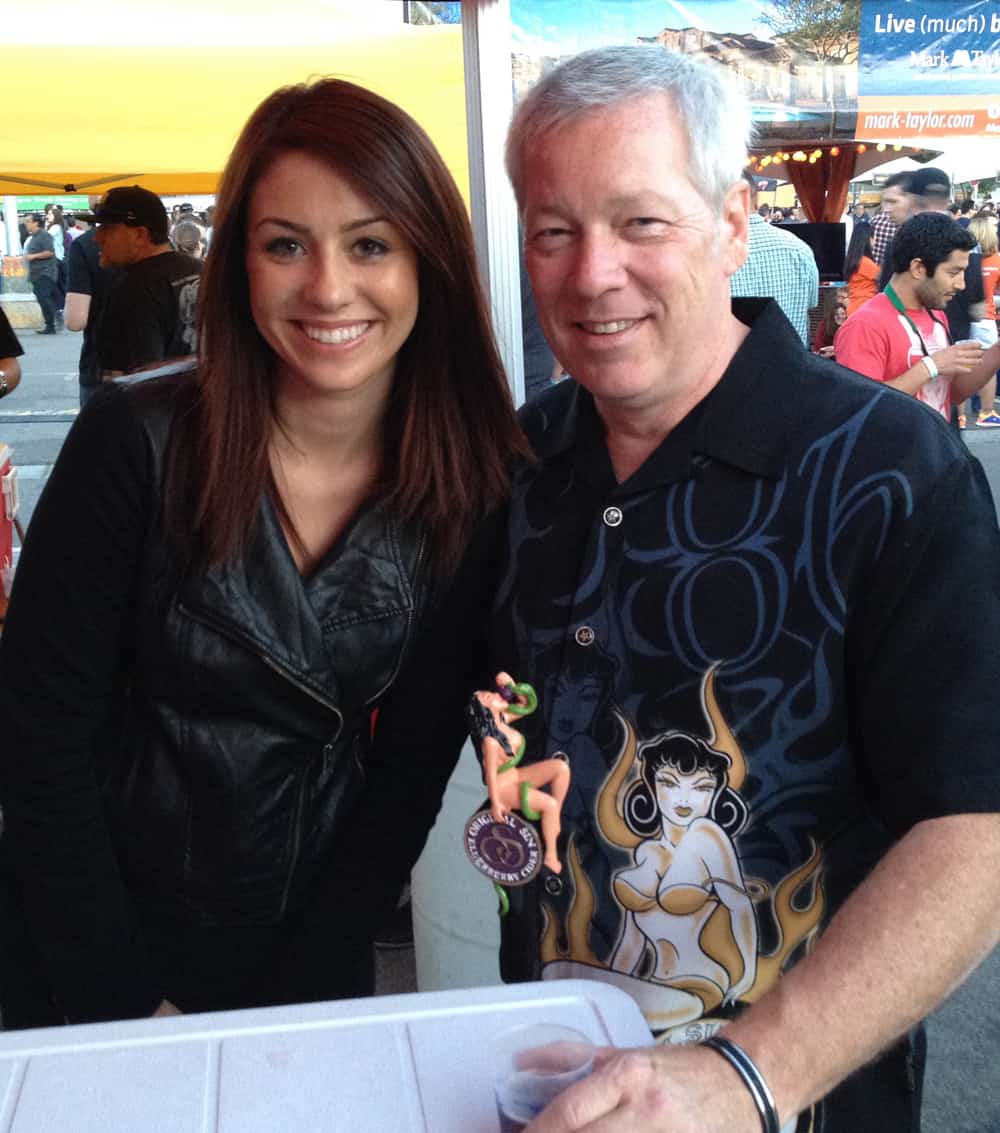 All that beer drinking is hard work. I had to take a time-out with the Rover Ladies and check out the custom Range Rover. (ya, that’s it…) 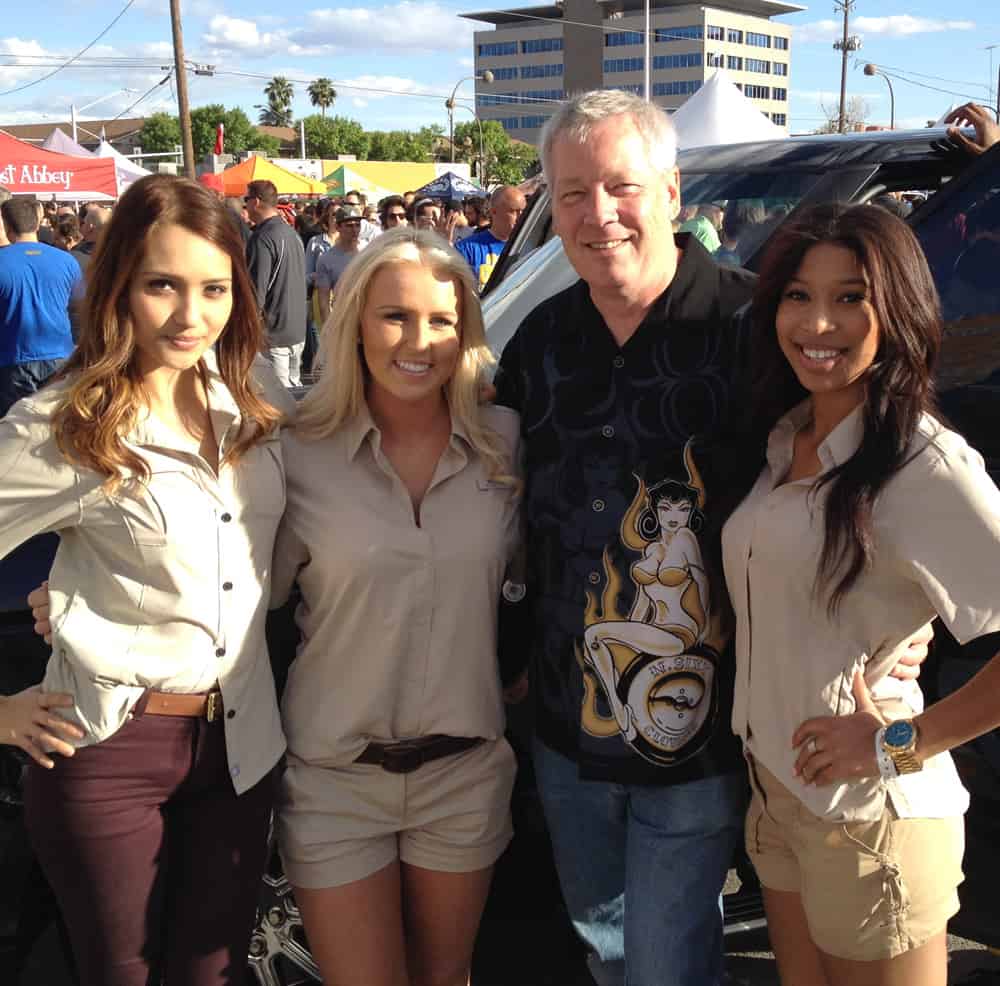 Catching up with the Range Rover girls. (photo by James)

All in all, I had an awesome time sampling new beers, great food and catching up with friends. Special thanks to my buddy James for dragging me out. Next year, I’m bringing cigars. Cheers! 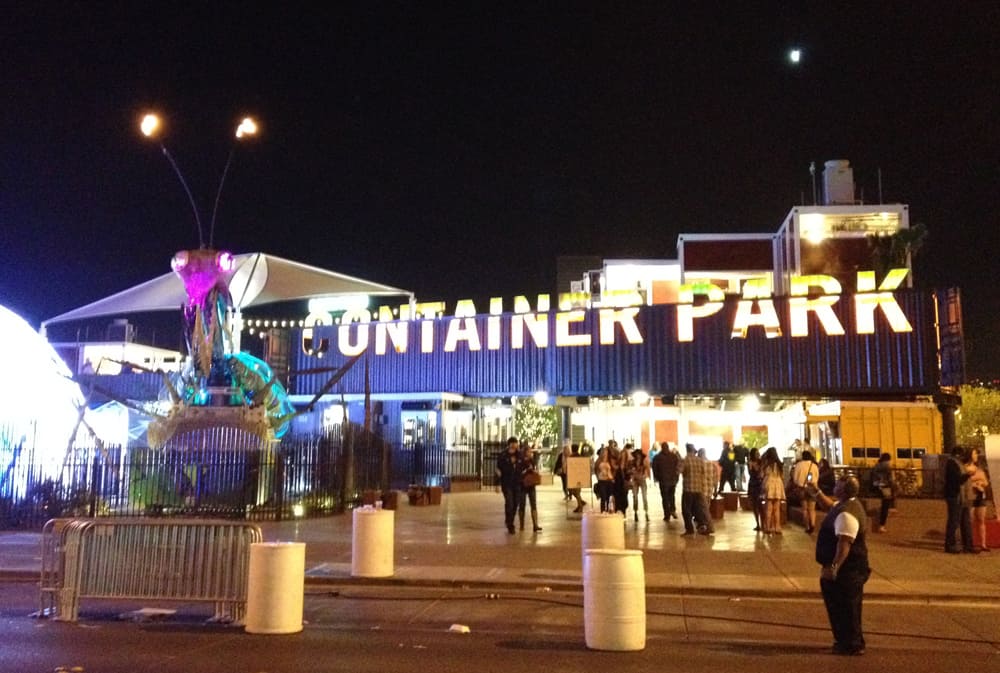 One last look at CONTAINER PARK on our way out.