There is an old adage that says things happen for a reason.

It seems we can’t pass a gallery without going in. As luck would have it, we decided to go to a gallery on the Strip one Saturday (we usually stay away from there). When we went into the place, there was an artist having a show and doing some painting. We walked around the gallery and were quietly commenting on the pieces on the walls.

At one point, we just stopped and stared. There in front of us a unique and beautiful piece. We had never seen a nude piece treated in such a subtle way. It was a golf club and a cigar with the smoke from the cigar forming a nude. The piece captivated us and we did not move for some time. Jerry said that if it didn’t have the golf club, he would get it. On our way out, we realized that the artist was the one in the gallery. So, we struck up a conversation, and one thing led to another and we became the proud owners of our first original custom piece by A.D. We had made a new friend and wine buddy. And, we became hooked on A.D.’s work. The rest is history.

I think that A.D. somehow has the talent and ability to capture the spirit of strong women.

The photo [top image] does not do it justice. Here you see the whole “picture” at once. On a wall, its effects are very subtle. One’s eyes are immediately drawn to the ashtray, lighter and cigar. The way in which the light seems to glow from within and the way it seems to be reflected from a flat surface draws you in. Some people were not even aware that the smoke forms a woman. The detail in this piece needs to be seen in person; from the writing on the lighter and the cigar band to the reflection of light on the ashtray to the way in which the smoke seems to flow into a woman. As one views the whole piece your eyes must travel. 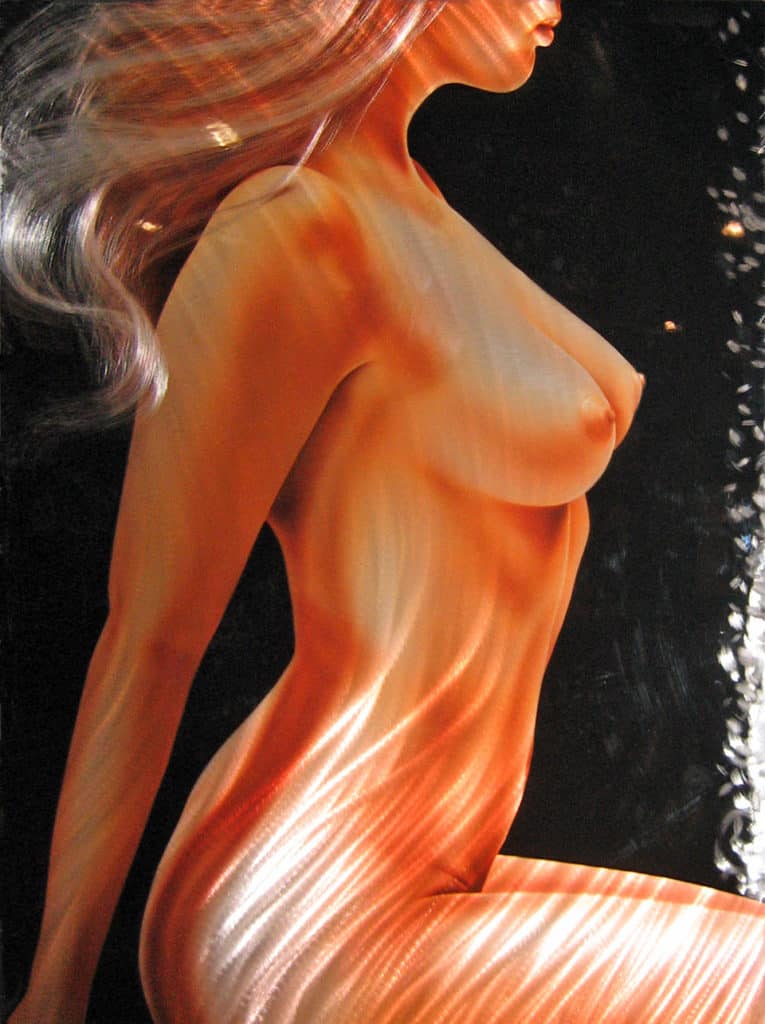 A.D.’s details and effects on his metal pieces are awesome. First, eyes see a beautiful nude. But as you gaze, there is so much more to see. As lights in a room change, so do his paintings. It seems you can actually see the muse’s hair move in the breeze. The shading and shadows on the bodies changes with the light. When there is a material present in the piece, it looks as if it is moving. The way in which he highlights a muse’s musculature is amazing. The pieces look as if the muse will get up and walk off of the metal! 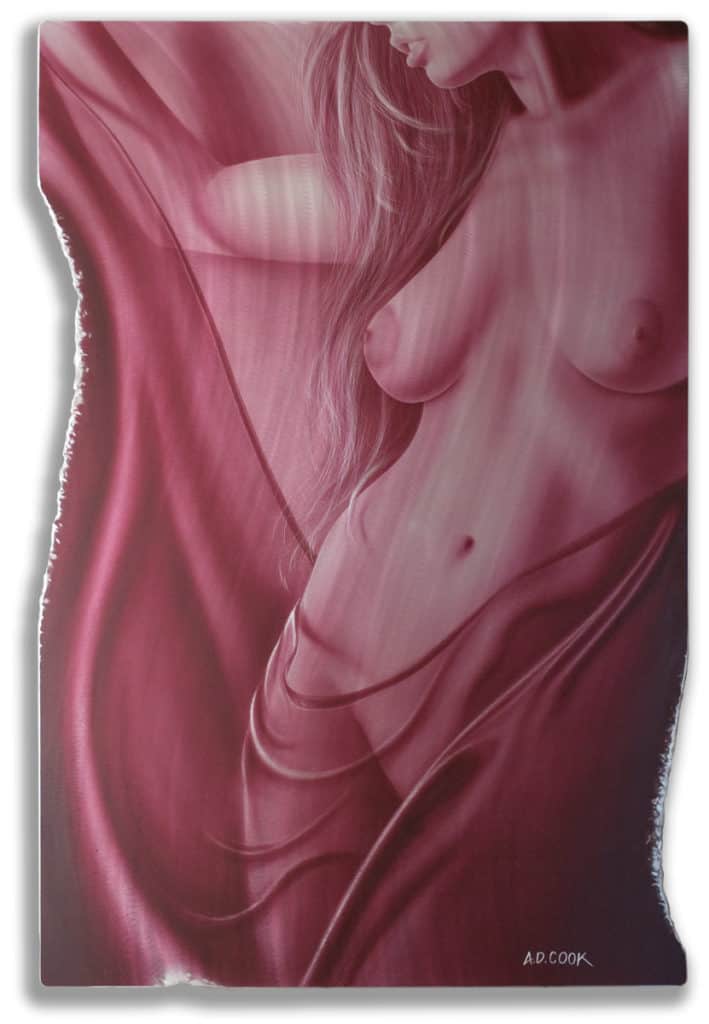 Both Jerry and I still go into galleries to look for new and interesting. In our travels, we have seen A.D,’s techniques imitated. But nothing has ever held our attention the way his work does. When compared to A.D.’s, other’s works seem to be flat and lifeless. When I look at any of A.D.’s work, I see strong powerful women, proud of whom they are. I think that A.D. somehow has the talent and ability to capture the spirit of strong women. All of us can see the respect and high esteem he holds for us. We are proud to know him as a friend and to be collectors of his incredible work.